Omet X6 a star at Brussels

OMET X6 A STAR AT BRUSSELS

With three machines going through their performance, OMET’s stand at this year’s Labelexpo was a hive of activity. Master of Ceremonies and well-known to those converters from Australia, was OMET personality Claudio Piredda, Sales Area Manager, a regular visitor to these shores.

Summarising the equipment on show, Claudio said: “The OMET X6 delivers a higher standard of technology and automation. It’s a very well known platform and a combination press with flexo, offset, screen, cold foil and die-cutting. The next is a new OMET iFlex press, launched in 2015 and we’re demonstrating that press with additional features. This includes chill drums in each printing station, so it can print not only self-adhesive but also unsupported film on this traditional and simple OMET iFlex press.”

He said the OMET X6.0 is an evolution of OMET’s standard X6 platform press. “This press is very well known in Australia but we have taken it up a level here. We have introduced more automation and have reduced waste. We’ve installed a camera after each printing station and have added a complete motorisation of printing pressure adjustment – anilox to the plate; plate to the anilox; plate to the cylinder. In this way, we can really control the waste which is minimised to almost zero.”

As well as working presses OMET was running a continual video highlighting the entire range in a manufacturing history that goes back 54 years. Claudio said OMET had a model of their biggest offset press – which is 850mm wide – to show how solid and strong it is.

He said that the combination flexo press was already operating in Australia, and that OMET’s distributor, Currie Group was also excited with the new releases. “We’re looking forward to working with Mark Daws and the Currie team in the coming year and introducing these new presses to the Australian and New Zealand converters.” 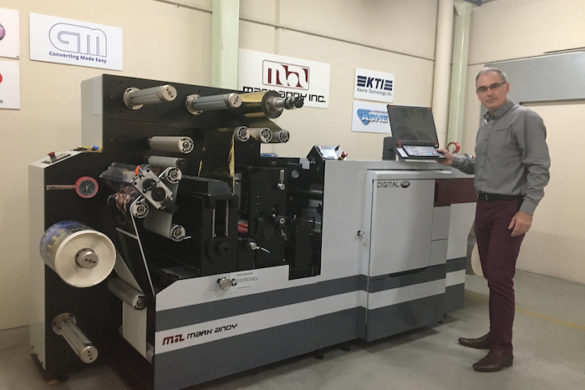 ALDUS-TRONICS – THE HOME OF MARK ANDY DIGITAL ONE 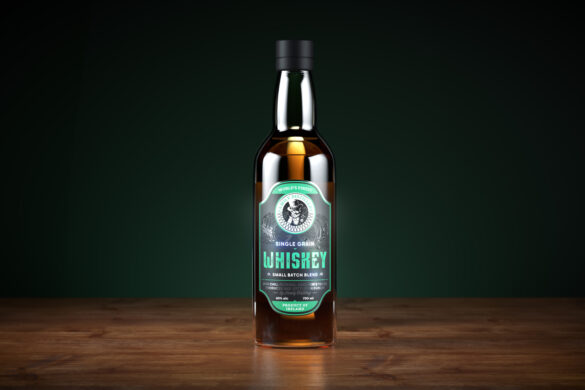 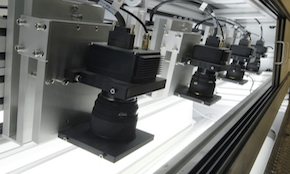 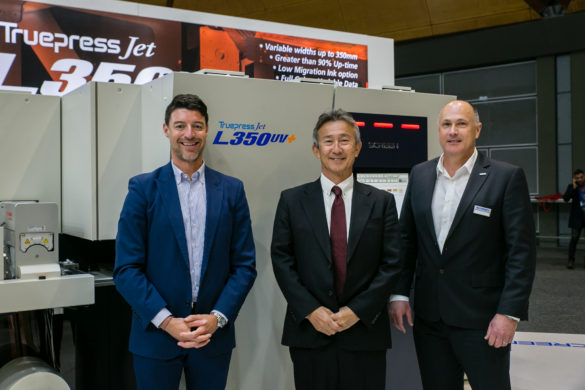 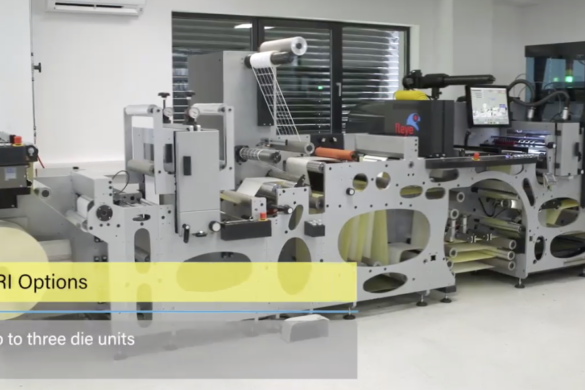 The Omega SRI is the best choice for slitting, converting and inspection. 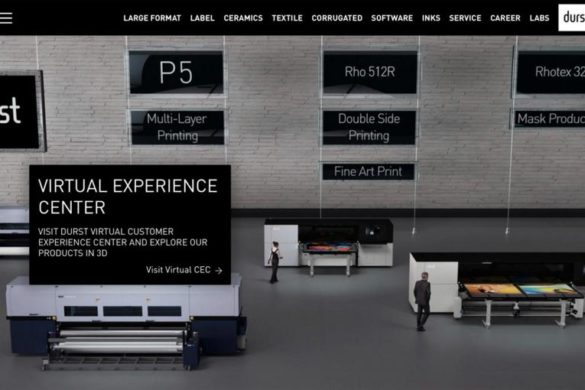 DIE CUTTING TECHNOLOGY FROM THE PIONEER